Another of a fading generation

We attended a funeral last Wednesday of Harry Irons. He was one of Desiree's uncles.

But he was also one of the last of a fading generation - those who served in World War Two.

Harry was a Pilot who served in the RNZAF, based in the UK and then later in Burma. 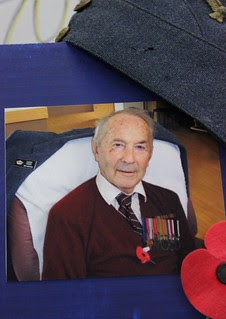 They shall grow not old, as we that are left grow old:
Age shall not weary them, nor the years condemn.
At the going down of the sun and in the morning,
We will remember them.

Posted by themulliganz at 5:26 PM