We have been hit by a 'weather bomb' this week. Those who live in climes where more extreme weather is a frequent occurrence may scoff, but we are in a coastal temperate area, not affected by the swings of continental extremes.

So this week's cold weather has been a 'bracing' experience. Having lived in this house since 1991, I can't recall snow like we saw this week on the nearby hilltops.

And I wasn't the only one taken by the changed landscape - it made news stories and a lot of photos were published.

So here are pictures Jayne took at our place: 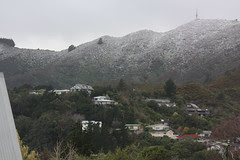 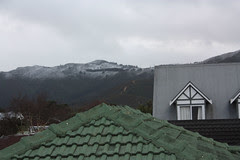 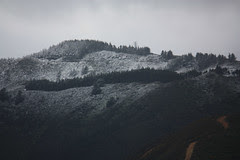 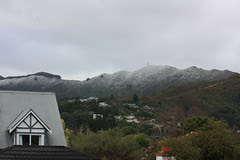 As if that wasn't bad enough, there was a hail-storm late in the morning: 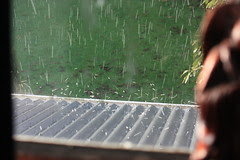 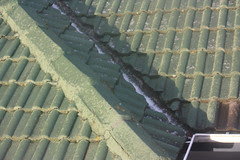 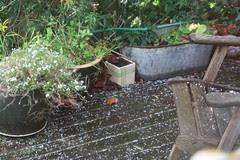 And, to cap it all off, Desiree is in Vietnam at the moment, sweltering in 30-40 degree temperatures!

June 18 this year was The Big Day - Charlotte & Gareth got married. While we had official photographers and videographers, we know there are some who were were not able to be present but would love to have been able to join in the fun. So here is an "uncut" raw video of the ceremony, held at our home (please excuse the dodgy beginning - it does improve, I promise!):

An extract from Plato's Symposium

Humans have never understood the power of Love, for if they had they would surely have built noble temples and altars and offered solemn sacrifices; but this is not done, and most certainly ought to be done, since Love is our best friend, our helper, and the healer of the ills which prevent us from being happy.

It was at this point that Zeus divided the humans in half. After the division the two parts of each desiring their other half, came together, and throwing their arms about one another, entwined in mutual embraces, longing to grow into one. So ancient is the desire of one another which is implanted in us, reuniting our original nature, making one of two, and healing the state of humankind.

Each of us when separated, having one side only, is but the indenture of a person, and we are always looking for our other half. Those whose original nature lies with the children of the Sun are men who are drawn to other men, those from the children of the Earth are women who love other women, and those from the children of the Moon are men and women drawn to one another. And when one of us meets our other half, we are lost in an amazement of love and friendship and intimacy, and would not be out of the other’s sight even for a moment. We pass our whole lives together, desiring that we should be melted into one, to spend our lives as one person instead of two, and so that after our death there will be one departed soul instead of two; this is the very expression of our ancient need. And the reason is that human nature was originally one and we were a whole, and the desire and pursuit of the whole is called Love.

Read by Gareth's sister Bethan
Posted by themulliganz at 6:38 PM No comments: