How to eat Pigs Trotters

we had some visitors to the Irish Society recently. So we turned on a Pot Luck Afternoon Tea, as you do!

Someone brought along Pigs Trotters - I have no idea who. But they were greeted with a certain relish! And a good number decided to indulge themselves.

Now I have never eaten Pigs Trotters, nor seen them eaten. So I was amused at the way they were attacked by the eaters. 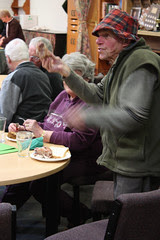 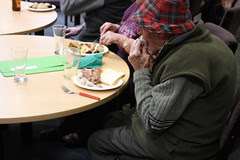 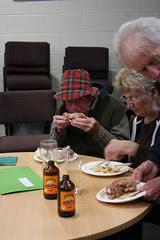 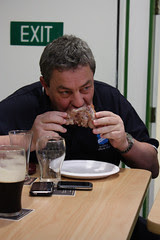 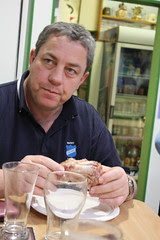 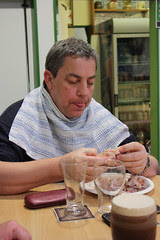 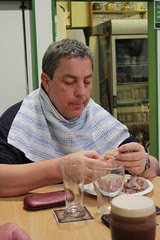 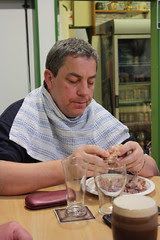 Posted by themulliganz at 8:06 PM No comments:

During a discussion of nothing much at all during morning tea recently, someone asked about the monkey who was a French spy.

Now, this curious conjunction of elements produced considerable scepticism and not a little amusement. It also produced some hurried research and resort to that fount of all knowledge and trivia, Wikipedia.

Sure enough, and goddamn it, there is such a story, based in that centre of culture, learning, adventure and international affairs: Hartlepool.
You can read the extrordinary story on Wikipedia.

But wait, there's more! Hartlepool has taken the story on board, with the local Rugby and Football Clubs adopting the persona, and the town's tourism/promotional website waxing lyrical and poetical over the incident!

And if you though all that was a little strange or even bizarre, The Americans, can top that (of course!)

You see it appears that justice-minded (& perhaps just a little hysterical) Tennesseeans decided a circus elephant named Mary had to be killed after she killed her recently appointed, and presumably in-experienced, handler. After shooting her failed, she was taken to a nearby town and hanged, although it took 2 attempts!

And of course there are commemorative websites, like this one, or this one.

As Ripley used to say "Believe it or not!", or as the English would have it - "there's nought so queer as folks!"

Posted by themulliganz at 3:24 PM No comments:

I was having a quiet beer in the family room while watching the news, and keeping half an eye on the 'estate' this evening, and there, bold as brass, and presumably dazzled by the sunshine was Mrs Tiggy-Winkle. Or at least a distant relative.

We have always had hedgehogs in or around the property. But it is unusual to see one out fossicking about on the back lawn while the sun is still lying on it. It (she?he?) was busy a wee thing and came very close to the camera. 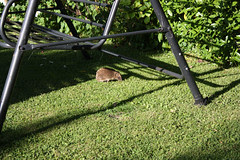 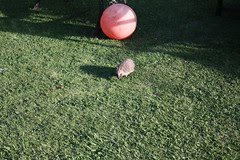 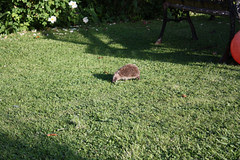 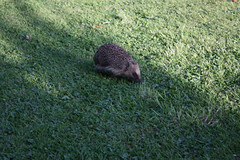 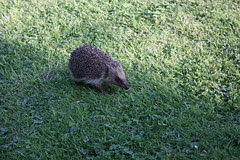 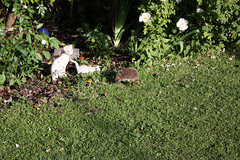 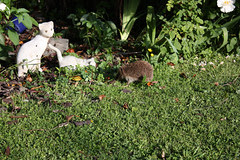 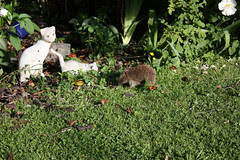 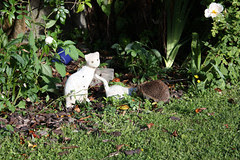 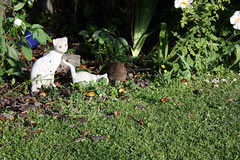 And that reminded me of how the girls were always intrigued by hedgehogs - probably prompted by their visit in 1995 to Mrs Tiggy-winkle's home in the Lakes District: 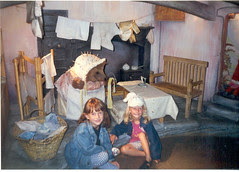 Posted by themulliganz at 12:25 AM No comments:

Farewell to a friend and colleague

Today was one of those days when one formally farewells a colleague, and, in this case, one who is also a friend. Five years working closely builds a relationship, which today is being re-shaped by Steve's departure for Australia.
Go well, and may we cross paths again. 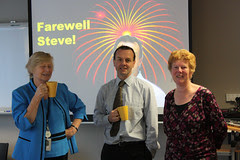 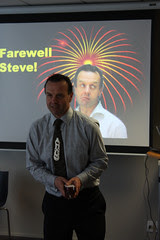 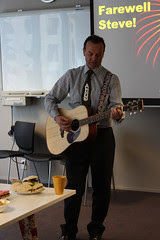 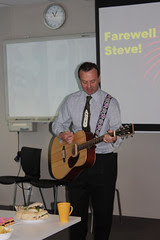 Posted by themulliganz at 10:55 PM No comments:

A couple of cuties

I was fossicking amongst some old photos the other day and came across this one, which I didn't recall seeing before, or digitizing. It is my father, Francis Forrester, and his younger sister, Moira Jean, known as Molly. Aren't they a cute looking couple of kids? 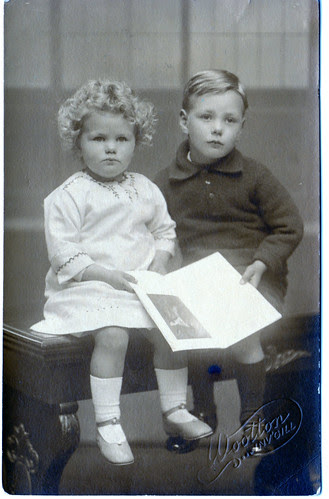 Posted by themulliganz at 11:10 PM No comments:

You've heard before how much I our backyard when the weather is right, and I can wander about, or just sit and observe. Because of what you can see. Like this: 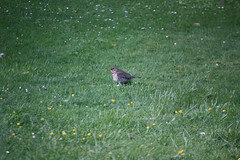 This lovely bird decided to look for food on the lawn and was arrogantly unafraid of cats who might be in the vicinity, and simply hopped about for nearly 10 minutes.

And then a little later in the evening, as the sun was setting, we got a lovely mix of colours: 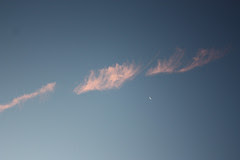 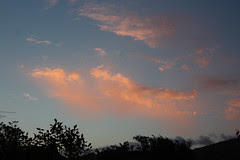 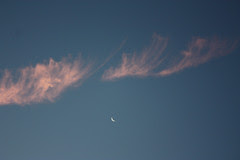 Posted by themulliganz at 10:58 PM No comments: