Time to move on and spread our money about other climes. Manapouri: here we come.

We stopped for coffee at Five Rivers, where there was no sign of any rivers, let alone 5 of them. But there were lamas and miniature ponies! 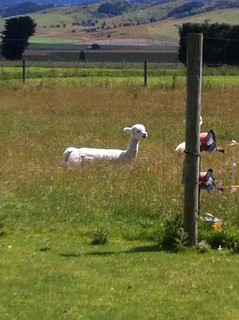 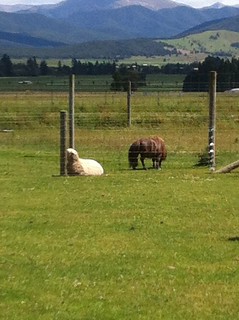 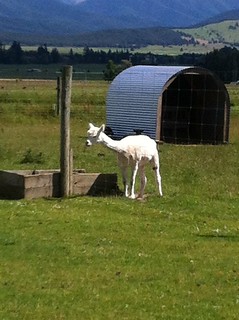 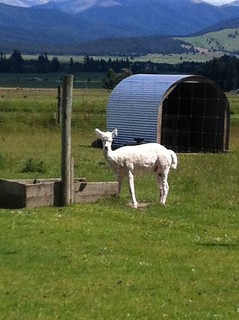 Just outside Manapouri, there is a small wilderness reserve; an attempt to preserve original vegetation in the face of the relentless march of European pasture grasses and pine trees.

With the mountains behind Lake Manapouri on one side, and the Takatimus on the other - impressive backgrounds both

Up close the native vegetation was just lovely

And somewhere in the middle of the upper branches of these trees was a small bird with a very distinctive song. I just had trouble getting close enough to get a clear picture of it!

Manapouri itself - what can you say? Impressive, moody, pristine, glorious, glowering, daunting, oppressive, striking - Yes, all of them. Often in quick succession.

Ice on the tops?! It's still early January! Our summer! Brrrrr! Yes, the weather was 'variable'

Posted by themulliganz at 4:41 PM No comments:

WooHoo - it's that season again! And at the moment our local supermarket has these gems at $14.98 a kilo! 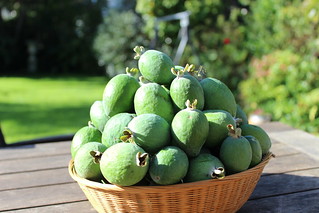 Posted by themulliganz at 12:21 AM No comments:

One of the highlights of our week in Frankton was to travel through the Kawarau Gorge, from Frankton to Cromwell. The Gorge is impressive, hemmed in by towering ranges, and home to the remnants of a few gold-miner's caves.

It's hard to imagine what it must have been like mining for gold in the icy waters of the Kawarau River in cold, southern winters in the 1860s. But hunt the precious colour they did, often living in caves just feet above the raging waters.

And there is a small power station in the middle of the Gorge, called, appropriately enough, 'Roaring Meg'!

Now there are a number of wineries and vineyards, including this one owned by Sam Neill

On the way south from Frankton, there is new urban development

with an intriguing name!