Posted by themulliganz at 5:03 PM No comments:

It's been a very odd week, weather-wise. While those who live in more continental climes, or places closer to the Poles, might scoff, we here in the Hutt Valley & Wellington aren't used to snow in the CBD. In the twenty years we have lived in central Lower Hutt I have never seen snow on our backyard.

But this week we did.

It started Sunday night, as predicted by the Forecasters, with snow/hail falling on our deck. 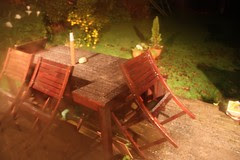 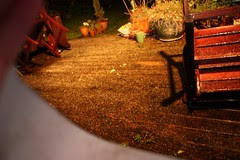 The next morning there was nothing on the deck or lawn, but when I left for work I noticed he surrounding hills had a dusting of snow. 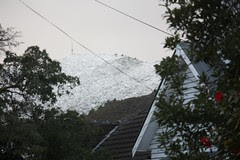 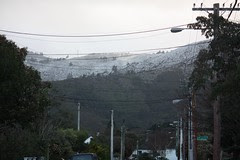 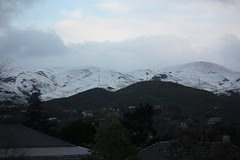 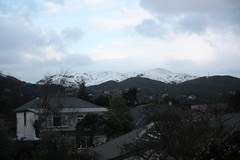 And from work on The Terrace I could see the eastern hills behind Wainuiomata had a good coating as well. 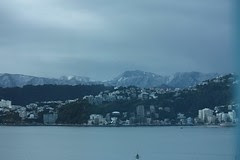 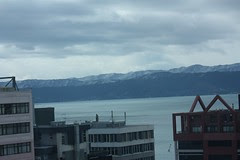 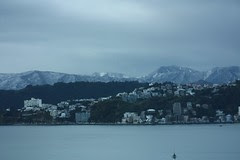 As well, during the day, snow fell in the CBD, for the first time in my life. And from my office we had a fine view. There were several separate episodes of snowfall, with clear weather in between. 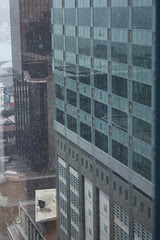 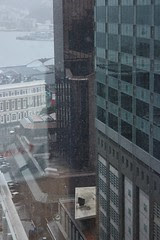 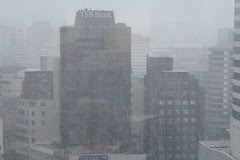 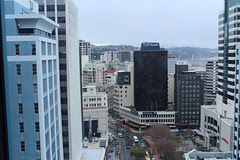 Watch the snowflakes drifting around our windows in Wellington (new window/tab).

So that meant we had good coverage on the hills.
Tuesday started still bitter and cold, with a lot of rain and occasional snow flurries in town. But the action shifted to the Hutt, where we had serious falls in the central Valley floor.
Jayne decided to stay home (she's not silly) and Desiree's school closed early. So they were at home while the snow accumulated. They took themselves off around the neighbourhood and to the nearby Rose Gardens. 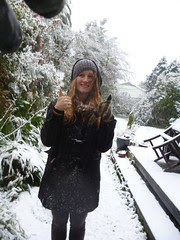 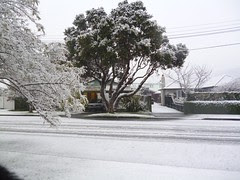 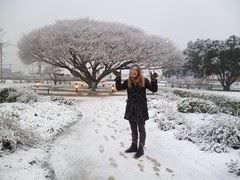 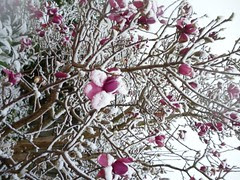 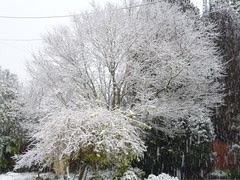 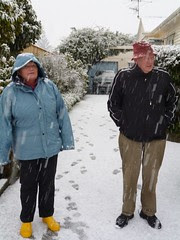 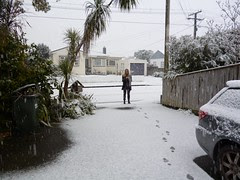 The backyard was well covered. 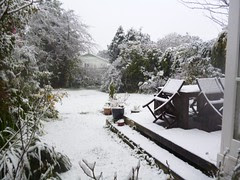 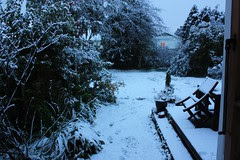 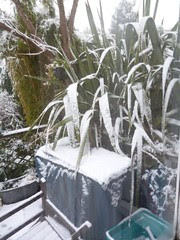 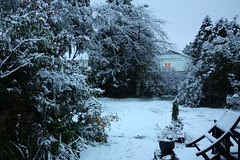 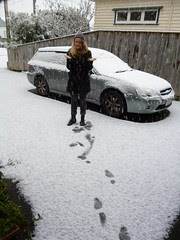 By the time I got home, Jayne and Desiree were ready for a snowball fight. So they did. 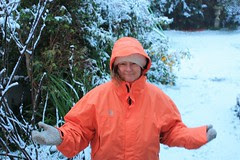 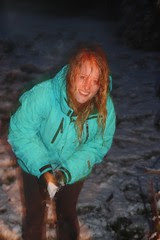 See how much snow covered our backyard, and watch the snowball fight (new window/tab).

Posted by themulliganz at 9:54 PM No comments:

The culmination of 2 years fund-raising, planning, scheming and cajoling for Desiree was a two-week trip to Vietnam during the last school vacation. 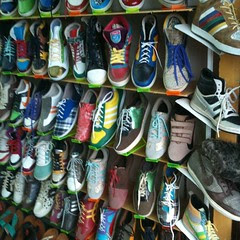 A guide accompanied Desiree, 3 colleagues and a small group of senior students on a tour of Vietnam, dedicated to visiting sites from the War and experiencing a small taste of Vietnamese life and culture (oh, and a bit of shopping to lighten the mood!).

I haven't yet completed processing all of the photos (there were over 700 on her camera), but have made a start. 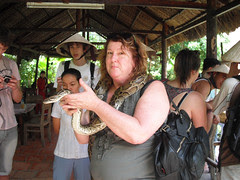 One of the things which surprised and delighted me was her ability to stay in touch with us and to keep us updated with their exploits.

She had taken her cell-phone, and bought a new SIM-card for it in Vietnam, and she bought a small 'point-and-click' camera. Consequently, we were sent almost daily, small photos and videos from her phone.

I tied these to the itinerary, and you can follow the trip in a new window/tab HERE.

The first batch of photos are organised into slideshows which are available in a new window/tab HERE.
Posted by themulliganz at 7:27 PM No comments: