We stayed at Manapouri Motels and Holiday Park, as I had done previously.

On the face of it, it's a perfectly ordinary place. 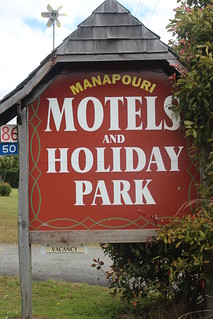 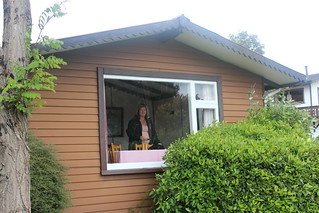 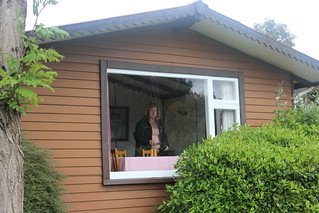 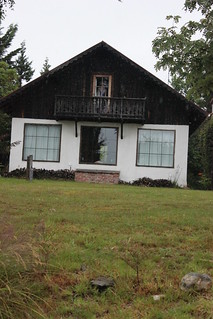 But I wonder if you're as uneasy about the mannequin in the upstairs window here as we were? 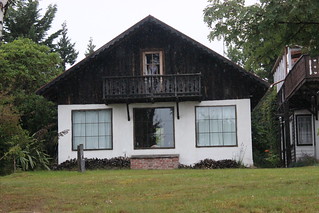 We went into Te Anau a couple of times, including for dinner, and enjoyed visiting the bird sanctuary to see the very rare takahe. 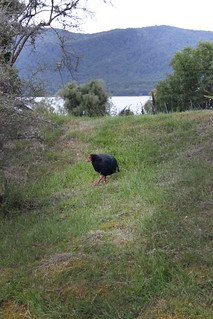 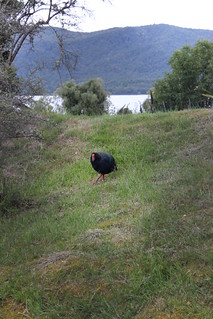 It's not so long ago these birds were thought to be extinct. 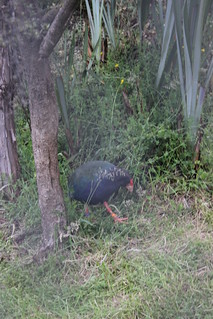 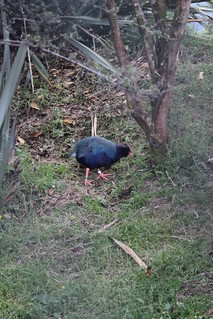 And the Kea and Morepork, although the Morepork was tucked away up in a very dark corner sleeping and averse to having his photo taken! 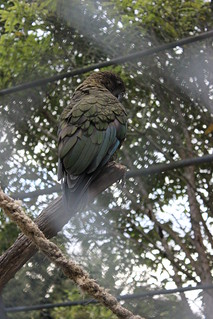 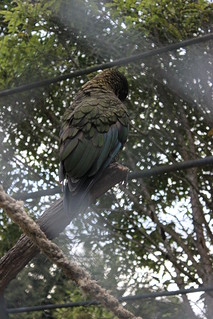 There was another Takahe, in town: 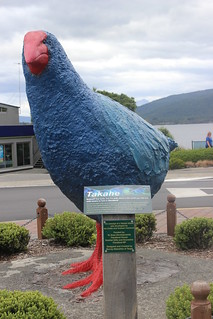 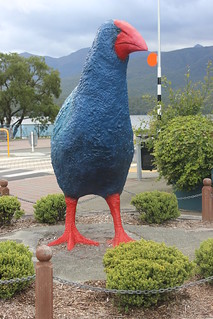 There was also a Memorial to soldiers who fell in the wars, including one J R Murrell. 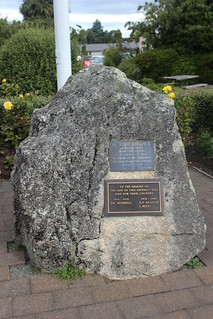 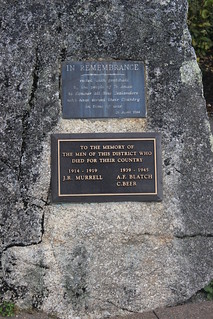 Posted by themulliganz at 5:08 PM