Tales From The Trunk # 5 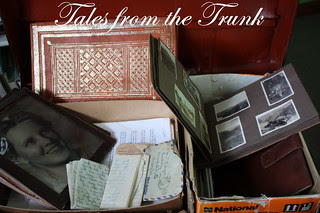 James & Margaret Mulligan had a younger brother, Joseph Edward, born about 1859.  Joe was to become a convicted felon and spend time in jail.  And to get a number of mentions in the British Parliament.

According a Mr. Lonsdale ( MP for Armagh, Mid.), "on Sunday the 11th February [1906], a mob of 300 persons, headed by Mr. Thomas Smith, J.P., chairman of the Cavan Rural District Council, Mr. Fitzpatrick, D.C., and Joseph Mulligan, an evicted tenant, marched on to the farm of Peter Brady, near Ballyhaise, tore down fences and held a meeting, at which threats were uttered against Brady."

5 days later, MR. Dillon (Mayo, E.) asked a series of questions on the same matter of "the Chief Secretary to the Lord-Lieutenant of Ireland", to which Mt Bryce replied, in part, "I understand that these persons were charged with contempt of court in taking part in an unlawful assembly, the object of which was alleged to be to intimidate the holder of a farm which is under the control of the Court."

There followed a brief flurry of comment focussing on the iniquity of a judicial system which allowed for ordering "unlimited terms of imprisonment", with the effect that "they may be kept in prison for life unless they plead guilty of a charge which they deny having committed".

On 28 March, a further exchange occurred which dealt with the conditions under which the 3 were held (locked in cells for 22 hours per day) and could receive visitors (watched over by guards ready to take notes).

John Redmond and Sir Edward Carson, both notable National MPs, felt moved to become involved.  There followed an attempt to clarify the role of "Mr. Arthur Forbes, ... sub-sheriff for County Cavan".  Redmond summarised his role thus:  "Then the person who initiated the proceedings and obtained the order of attachment afterwards as sheriff executed it?"  Odd, to say the least.  Bryce agreed Redmonds view was correct.

2 months later, on 28 May, in answer to a question from MR. P. A. McHugh, Bryce told the House, "I am informed that the three men named were released on April 23rd, on the completion of one month's imprisonment, by an order of the Land Judge's Court. The order of release was unconditional."

One of Joseph's descendants, Sheila Openshaw, provided the links to this Tale, and also added, "Mum told me he spent a night in prison & when I rang (Uncle) Bob on the farm at Lisnashanna he told me it was 6 months!  My grandad Frank had to do the ploughing & keep the farm running when he was just 11 years old whilst his dad was in prison.  Seems that he was in Dundalk Prison for a month."

Joseph's place in our family tree can be understood at
http://ourfamilyhistory.co.nz/mulligans/charts/mulg03.html#157

Posted by themulliganz at 6:59 PM