War in the Desert

I have been following the war in Libya with considerable interest. It resonates on several levels.
Firstly, the movement backwards and forwards along the coastal roads has echoes of the course of the battles during the Western Desert Campaign in World War Two. 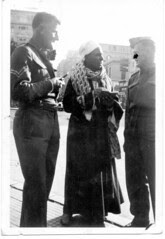 Desiree's father served in that campaign, and I remember him talking to us about it, and the hardships of fighting in the desert conditions. 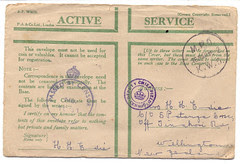 And there are the staggering pictures of the amateur soldiers with makeshift equipment and whatever weapons they can lay their hands on taking on Gaddafi's professionally trained regular troops, not to mention the mercenaries apparently recruited by Gaddafi. The progress of the war in Libya is a fascinating study in how a rag-tag army can, in certain circumstances, take on the professionals, albeit now with the aid of European & American air-strikes to neutralise Gaddafi's forces, especially their tanks.
And the 'popularism' of the rebels is, in itself, a fascinating glimpse into the changes sweeping through the Arab world. That world has long seen power concentrated in the hands of traditional elites; now, with the aid of new networking tools, the populace are finding their voice, organising (Yes, alright, the term is used loosely!), and making their views not only known but imposing them.
The elites are struggling right across the Arab world, whether allies of 'the West' (like Saudi Arabia or Bahrain) or virulent opponents like Syria. And their regimes are toppling.
But not with a fight, as Gaddafi in Libya and Assad in Syria are showing. And in both cases they resort to demonising the rebels as the puppets of foreigners (read the West, and especially USA), or colonialist Crusaders, invoking strands running deep through the history of the region.
What they seem incapable of accepting is that their day has passed; that they have outlived their usefulness, and that the 'people' they claim to represent and in whose interests they say they (selflessly) rule, don't actually want a bar of them.
And, worringly in the case of Libya and Syria, they will inflict considerable damage and harm to their citizenry before they relinguish their hold on the reins of power.
Posted by themulliganz at 7:07 PM