The Scots of Waipu

On our way home from Paihia in January (Haven't I told you about that trip yet? I'll have to soon!), we took a short detour off Highway 1 to visit Waipu.
Why Waipu? Well, it has an interesting story of migration of a group of Scots after the Highland Clearances to New Zealand by way of Nova Scotia. It is the site of one of the few organised settlements in New Zealand (Wellington, Nelson, Dunedin, and Katikati are others of course).
But it's story is different in that New Zealand wasn't the original destination; rather the immigrants had headed for Novia Scotia, and then headed inland. Dissatisfaction with the settlement as it was developing there persuaded the community to try Australia, and while there, heard about New Zealand and so determined to try their luck across the Tasman.

View Larger Map
We had a wander around their museum, which has to rank as one of the best small, local museums we have visited. Not only do they have a fascinating tale to tell, they do so very well.
Especially appealing was the detail they have available about the individual settlers, and the extent to which the descendants of those settlers are still 'attached' to Waipu, and return for the Highland Games or for special commemorations.
In addition to the Museum, we had lunch, and wandered about a second-hand shop.
Oh, and I also took some photos of the Presbyterian Church, as I do. Although not the original building, it is still an impressive and attractive building. 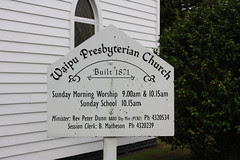 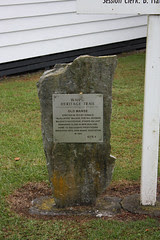 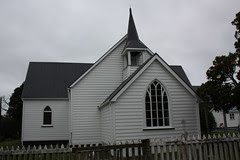 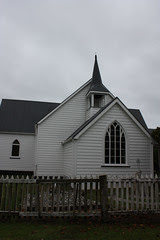 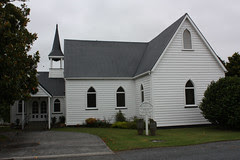 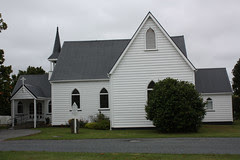 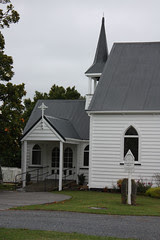 But I was very taken by a small, inconspicuous memorial behind the Church - one I have only encountered before in Eastern Cemetery in Invercargill: a memorial to those children who died before birth. It is a very touching sight. 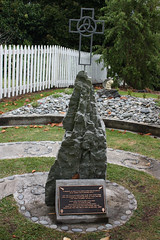 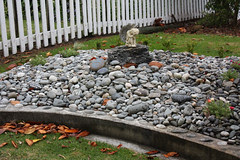 Posted by themulliganz at 4:50 PM