Peaches and a Parrot

Peaches is our youngest cat - actually, she is Charlotte's cat, but has chosen to live at our place, at least until Charlotte is able to house her in the manner to which she has become accustomed.

She really is quite an attractive cat, and I'm sure she knows it too! 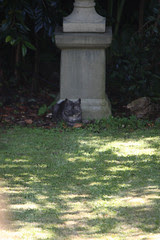 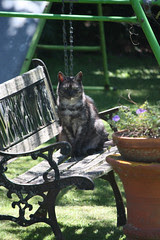 But she is not just a pretty face. She can also hunt.

As fate would have it, we seem to have become home to a small colony of mice. Which, as cats are wont to do, she hunted and caught one. Great fun!

It almost seemed as though it was a game for both of them, as the mouse looked out at Peaches, while Peaches was looking elsewhere! 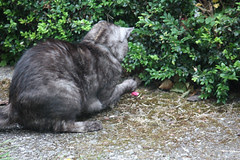 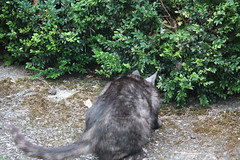 However, the outcome was inevitable, and she wore the poor thing out, and then got bored with it when it wouldn't run about any more. 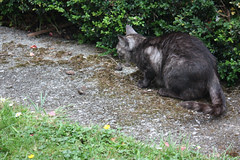 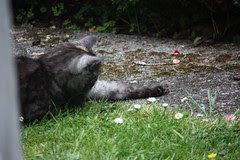 And then, a few days later, we had a colourful visitor. And it wasn't a feline!

Jayne had tried to tell us earlier in the year that one day while she was studying, a parrot had appeared in the tree outside her window.

Needless to say I believed her, although I was a little sceptical because I hadn't actually seen it myself.

But I have to take it all back, because in mid-January it came visiting again, and this time I have the evidence to prove it! 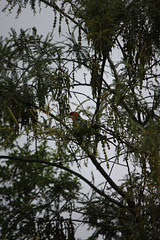 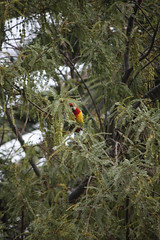 Posted by themulliganz at 12:36 AM