It's been a while since my last update. Has much happened in the interim? Quite a bit, but I'm not sure you're interested, or that my memory is good enough to remember them all. 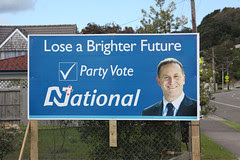 Through most of the period NZ's political parties were locked into an extraordinarily low-key (no pun intended) election campaign.

There was frequent talk of National 'sleep-walking' to victory, and some of the Labour tactics smacked of desparation, but the campaign never really engaged anyone other than the media intent on one-upping each other in the accuracy, depth and insights of their coverage. 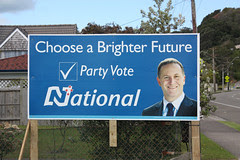 It was also devoid of humour. Where were the McaGillicuddy's? Where were the nutters and cranks? Have we lost our sense of fun? Of satire? Are we taking ourselves too seriously?

I have to confess that the best I could come up with was this parody of the dominant tory hoarding:


We have had a few visitors - none more surprising than a pair of mallard ducks. We often
have pigeons drop in to partake of the bread which we spread on the back lawn to feed the
resident wild-life, and to provide a floor-show for the cats!

But ducks?! Not until this occasion. And they weren't shy, as Jayne was able to get quite close to them with a bread-bribe. And certainly they acted quite at home on the deck, so maybe they are more frequent visitors than we believe. 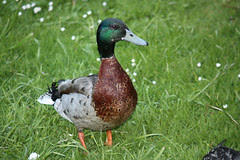 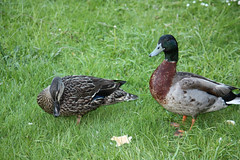 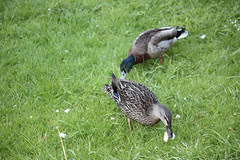 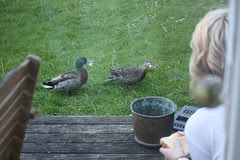 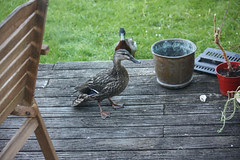 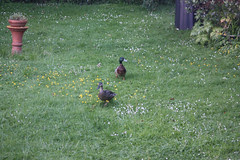 We also went to Jayne's school prize-giving. She received Distinction for 'Academic
Excellence' in History, Drama and Fashion technology, and Merit for 'effort and progress' in Geography, English and Media Studies.

She was also selected for the School Council, so is well pleased with her efforts this year - as are Desiree and I.

She is also part of a small group rehearsing another short play written by Bernard Beckett (remember? Limbo!). This one deals with 'evolution' and the debate about the place of evolution vis-a-vis creationism. The plan is that the group (cast of four plus Bernard) will take the play to the BioEd Conference in Christchurch in mid-February. Another useful element in a growing CV.

On a somewhat more somber note, my mother continues to decline. She had her 92 Birthday in early October, and is increasingly frail and incapable of looking after herself. As a consequence, there was a hurried family conference and we decided it was time she moved into better care. As a result we have got her a room in Sprott House, as opposed to her Villa, so she has people around her all the time and gets help when she needs it.

This wasn't an easy decision, in the emotional sense, while very simple and straight-forward, in the logic sense. But it is a disturbing time for us all, especially for Barbara and Jenny, who, living so much closer, see Mum much more often. A lucky coincidence is that Kate is now back in Wellington (well, most of the time!) and so has picked up a lot of the burden of visiting and checking on Mother.

Moving mother from her Villa also meant we had to clear the Villa in which she has been living and deal with her belongings. So it was all hands to the boxes, as it were, to clear and clean. In the process, we were able to make sure key belongings accompanied her to her new room to give some sense of continuity and familiarity, while many others were claimed by family as mementoes. Not an easy period for all of us, but we know that we have memories to cherish, and now some physical objects to trigger those memories and to pass on ourselves to the next generation(s).

We now have other visitors in our garden - visitors I'm sure Charlotte has long known about, but we didn't believe! 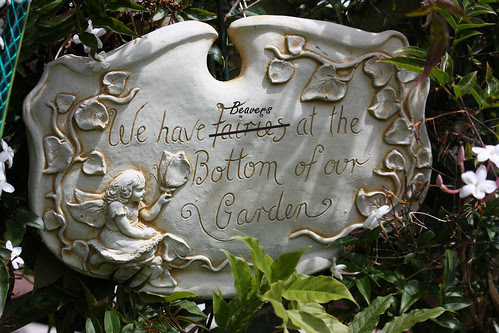 Perhaps the biggest news, apart from Mother's condition, has been that Desiree has been awarded a NZ Royal Society Fellowship. Although it is part of a scheme designed primarily for teachers of Science, Mathematics and Technology, her fellowship will allow her to work on a long-cherished project - an oral history of the Hutt Valley Irish Society. It means she will have two terms off school, on full pay, and be able to conduct (& record) interviews with older members of the Society, to track what lead to the foundation of the group, and how it developed. She also plans to investigate the motivations for migration to New Zealand of the Irish community. Needless to say, she is excited about the change of focus and the chance to refresh her batteries by doing something entirely different for an extended period. 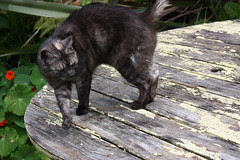 Peaches is the youngest of our three cats. She is also the silliest! Although a very pretty grey, with a small patch of ginger on the forehead, she recently acquired a patch of white on the backside. Clearly one of the neighbours was doing a little painting and Peaches paid a visit, and took a rest on the new paint!

The new acquisition proved somewhat disconcerting and discomfiting for her, as she was clearly uneasy about the strange sensation on her back legs and tail. It amused us, until we discovered she had sat down on our wooden kitchen floor and left a white calling card! 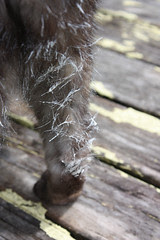 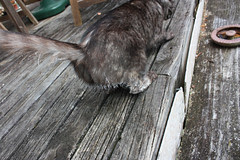 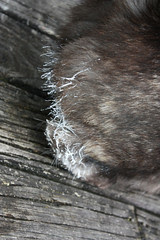 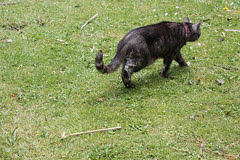 Just a few days ago Desiree & I attended the funeral of Matthew Stephen Rickard-Simms. He was a son of Desiree's sister Adrienne, and just two months short of 37 years old. He had suffered a degenerative disease since birth, and, in some senses, it was a wonder he lived as long as he did. Funerals are seldom fun or enjoyable, but they often provide an opportunity to catch up with family and friends.

This funeral proved no exception. It was lovely to get together with so many family - to see some we've not seen for a long time, and to meet many of the next generation we'd not meet before. 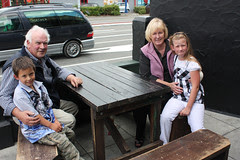 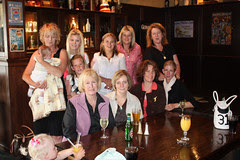 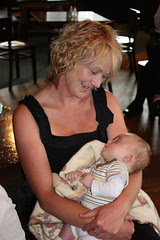 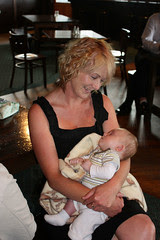 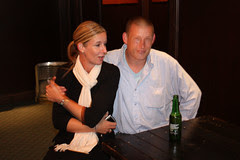 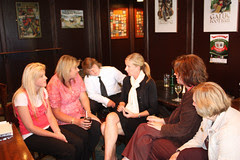 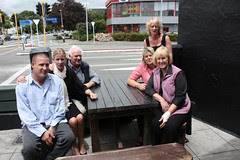 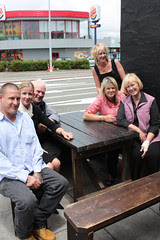 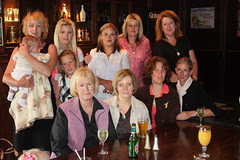 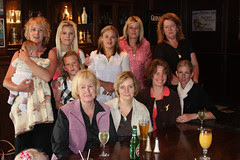 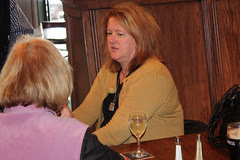 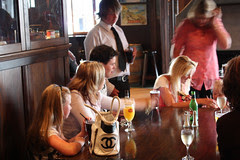 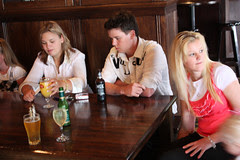 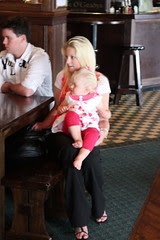 Posted by themulliganz at 12:58 PM