Last Saturday, August 23, The All Blacks played Australia for the Bledisloe Cup, at Eden Park, Auckland.

The previous week had been a muddled draw, and the All Blacks and many fans were dissatisfied, me amongst them.

This was Peony's first serious competition as a spectator, and she was a bit on edge, and as the game progressed, she got more & more excited and involved, eventually getting nose-to-nose with the action, and keeping pace with Julian Savea as he ran in his try! 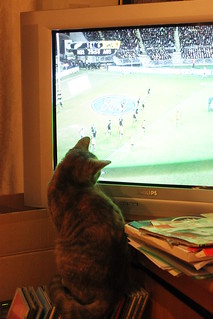 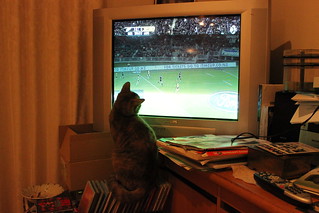 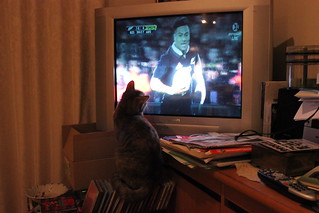 At last, a cat I can talk over the All Black prospects.

Now all I need is one who enjoys basketball as much as I do, and will help me celebrate Tall Black & Breakers victories!

Posted by TheMulliganz at 1:55 AM