While in Sydney earlier this year, we went to see the ANZAC Day Parade through downtown Sydney.

In New Zealand, the Day is quite restrained, as is the Kiwi way: Dawn Parades, respectful services, and all shops shut until early afternoon. Sydney is a whole other story: raucous, nationalistic even jingoistic, celebratory, drunken, a big deal.

We got a prime spot opposite the Town Hall, which appeared to be the official "reviewing stand". We arrived at 0900, having been woken by bands marching about town near our hotel. So we knew we had to move. And there we stayed. Until almost 1250 - 4 hours! Although Desiree took time out for a cup of tea, and I went back to the hotel to unload my camera! 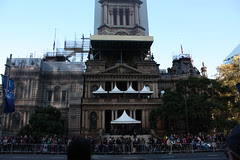 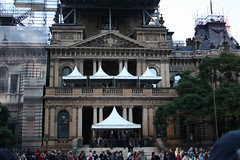 We were fascinated by a number of elements - the raucous nationalism - flags everywhere!; the very considerable respect for those who marched - everyone got a resounding round of applause & cheers; the scale - it went on for 4 hours, after all; the inclusion of descendants honouring forebears, many carrying their photos; and the wish of all to be recognised - the obscure & quirky just as much as the more traditionally noted.

Not sure why these cars were included, but hey, ... 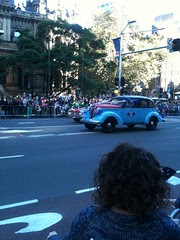 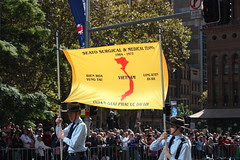 A touch of the Australian dry, sardonic humour? 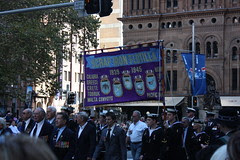 Even a place for gallows humour! 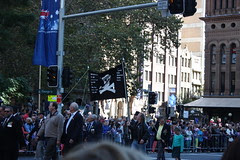 It is said that the first victim of war is Truth, but I'm not sure this group would disagree 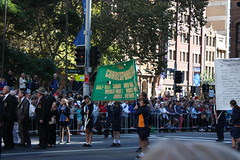 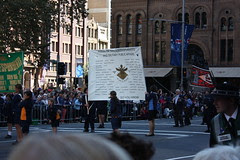 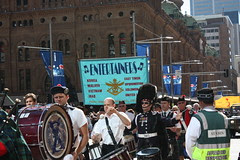 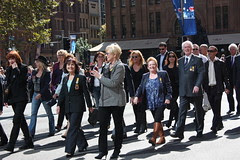 It wasn't clear just who these guys were, but they were from PNG 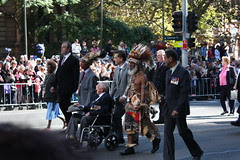 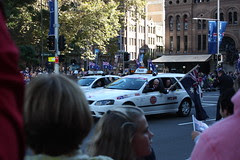 A more traditional mark of respect for the fallen, and all the more poignant for being un-heralded, unaccompanied, silent and under-stated 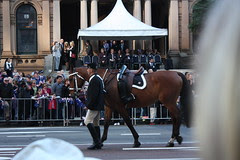 My favourite of the quirky and obscure - the Spotters followed by the Carrier Pigeon Service! 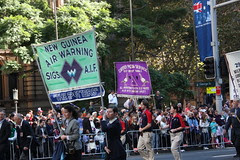 And all the while the pubs were full to overflowing, and would be throughout the afternoon and into the evening!: 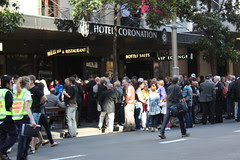 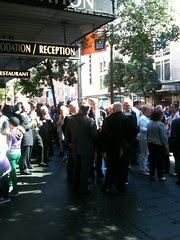 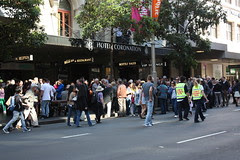 Posted by themulliganz at 8:18 PM