Ohope for a week today

Saturday was 'take-off' day - a week's holiday in Ohope the order of the day. (Not sure where it is? Google will show you.) Seven or eight hours drive away, Desiree, Jayne, Nicky Braid & I bundled into the car & set off. 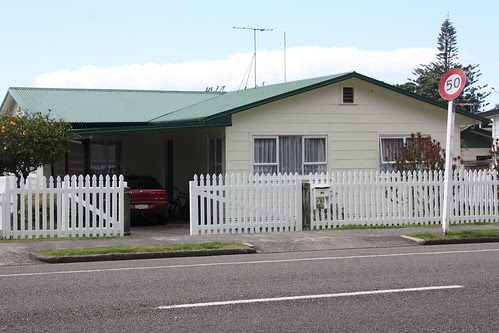 The house is surprising - large, reasonably well-appointed (sleeps 9 after all), and airy.

It is set three back from the beach, but nonetheless has a narrow view between other houses to the sea. 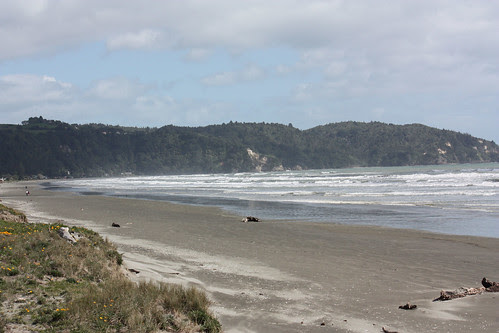 The beach is long and wide - very like Orewa. We had a murky day which followed a fairly stormy night. Wellington was lashed and battered, but we survived unscathed, just windy & wet. 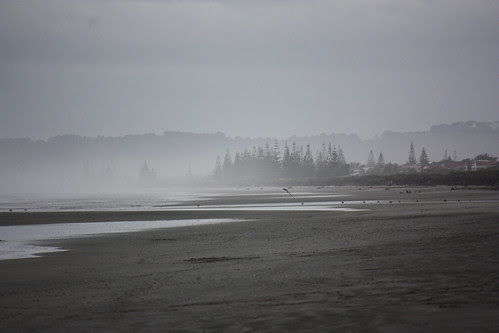 But the sea was churned, carrying a lot of sand, and with erratic surf breaking a long way off-shore. 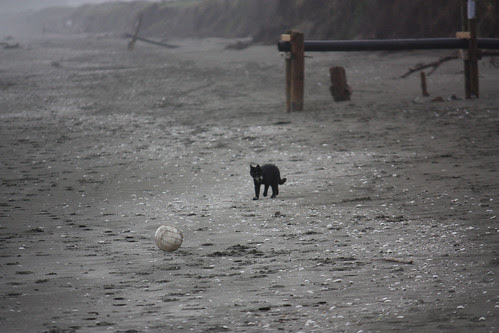 We spent a lot of time sleeping, drinking tea, watching movies, and walking on the beach each day. In fact, Desiree is starting to complain of being 'walked out' because I walk faster than her, and make her keep up as best I can. The walks sometimes bring interesting sights, apart from the houses, like this cat which followed it's people down onto the beach and then proceeded to play with them and a soccer ball!

We also went for a walk beside the Whakatane River, past the wharf and numerous fellows catching whitebait, out to the mouth of the river. 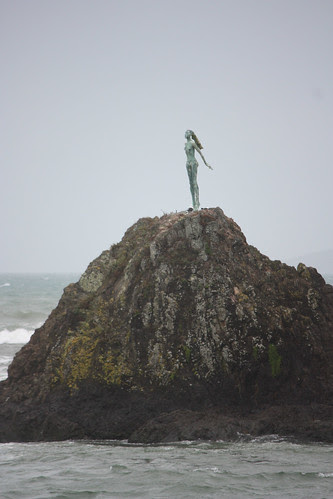 Statue of Wairaka on the rocks at the entrance to the Harbour.

We also saw these waka. 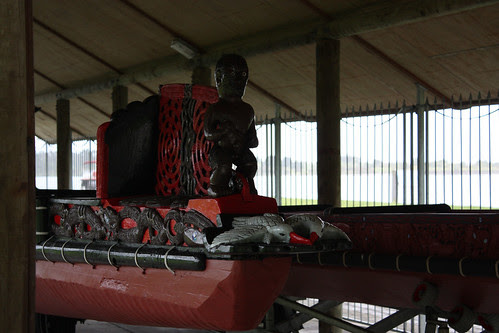 They have some very modern elements in their carving, apparently reflecting a Canadian influence. 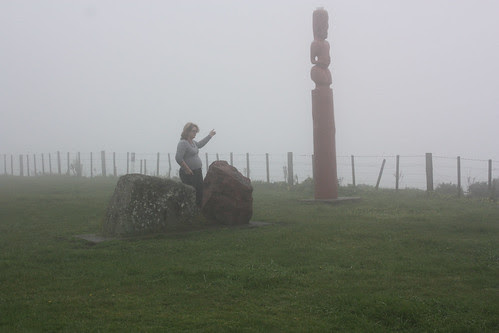 We tried to do a little sight-seeing, but the first attempt was thwarted by poor choice of day, as we wanted to see Toi's Pa, but the cloud was determined to hide it. 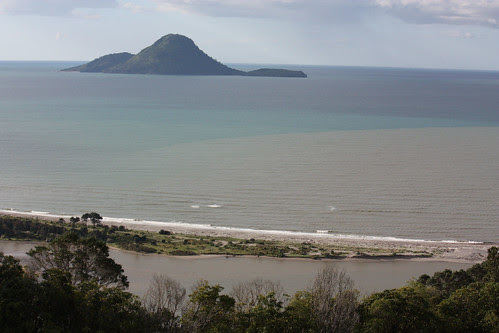 A second attempt, however, produced stunning views of the area as the day declined into evening, before we headed in Whakatane for dinner.

There is a slideshow of the full set of photos you can see in a new window if you'd like.

But a few I especially liked: 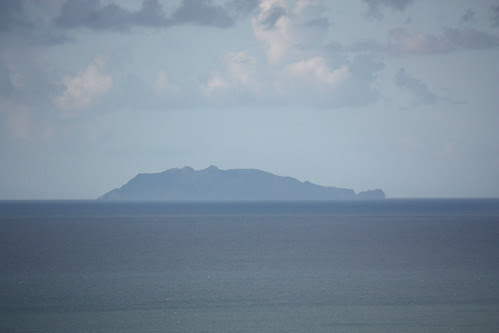 I hadn't expected to be able to see the active volcano, White Island off-shore. 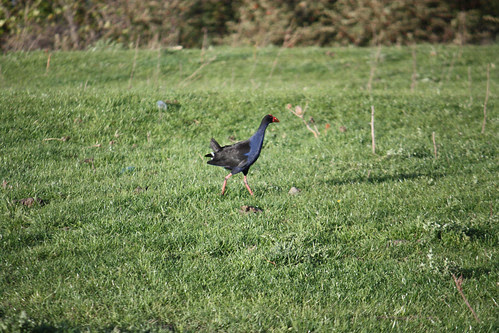 I do like the colours of Pukeko feathers - a glorious, deep vibrant blue, striking a nice contrast with the brash red of the beak.

Does this remind you of something out of Lord of the Rings? A view of Mordor, perhaps? 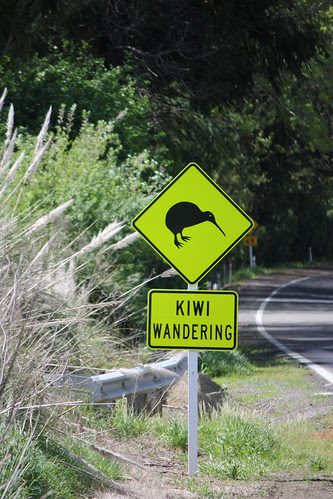 But this one is especially for Charlotte, on the other side of the world!
Posted by themulliganz at 11:58 PM

Brilliant! I think i need one to strap to my back pack ...

The "kiwi wandering" sign, not all of Ohope. I have enough stuff as it is