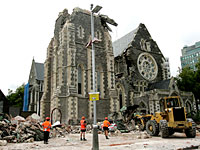 Posted by themulliganz at 3:15 PM No comments:

Where are the Christian churches when they're needed?

I was struck recently by the response to a news item headlined "Muslims protest at blasphemy trial". Why was I struck by the response? Because there wasn't any.

The story was this: In Indonesia a Catholic man was tried and convicted for distributing blasphemous material. The judgement sentenced him to 5 years imprisonment for 'spreading hatred of Islam'.

As a result, about 1,500 militant Muslims "rampaged through the town of Temanggung in Central Java." They believed that the sentence was too light and that he should be executed (or handed over to the crowd, who, presumably, would have killed him anyway!).

The Irish Times ran the story under the headline: "Churches attacked in Indonesia".

What I want to know is this: Where were the mass protests in so-called Christian countries at this outrageous behaviour?

Any perceived slight to Islam in a nominally Christian country, or even a westernised secular country, and mobs hit the streets in at least some Islamic countries. Carefully orchestrated the demonstrations may be, and designed to serve internal political ends they almost certainly usually are, but: they garner news coverage around the world.

And that coverage helps build the impression of the 'West' being under constant attack by a militant Islamic world, and offering only a fractured, feeble response at best. Too often, mass media report the events and then as quickly move on to stories about celebrities. The Dompost ran, immediately below the story about the Muslim Protest at Blasphemy Trail, a second story, with more text, headlined "Warne prepares for Hurley with new mattress"! And this in the International News section!

Now, let me be clear: I have no truck with 'missionaries' of any ilk (Christain or Islamic), but my experience of the proseltysing Christian missionaries engage in is that it is seldom negative these days; it is more usually focussed on the positives of it's own message and faith. So claims in Indonesia that the Catholic priest was guilty of spreading "hatred of Islam" I find difficult to believe.

And so the reaction is also, in my view, unlikely, unless it is being manufactured to some 'ulterior end'.

This instance also highlights one of the fundamental dilemmas of modern 'westernised', democratic and nominally liberal societies: how to balance toleration for the intolerant. Are we busy allowing a 'viper' to not only enter our society, but to also grow large enough to force us to fundamentally alter the character of our society?

If we're uneasy about this or unwilling to face this kind of bullying behaviour we need to stand up to it.

So where are the Christian churches expressing their outrage, and summoning their adherents onto the streets of Sydney, Auckland, Wellington, Washington, London, Berlin, etc?

Like too many other things, they're never about when you need them!
Posted by themulliganz at 5:41 PM No comments:

Another step towards unreality for the Catholic Church

Already deep in denial over the abuse of children by undetermined numbers of it's clergy foot-soldiers, the Catholic Church continues it relentless march towards unreality.

It is now apparently embracing the 'virtual world' and the 21st century by giving it's approval to a new iPhone app - "Confession: A Roman Catholic App".

It is apparently "designed to help users understand their earthly sins and offers a personal conscience profile based on their age, sex, job and marital status."

It is "aimed at those who've not confessed to a priest in a while and hopes to prepare them to once again enter the box again."

According to this article, The Church's approval is part of the Pope's drive for Catholics to "make good use of their presence in the digital world" and to help people "make a good confession."

No reference there to changing and improving their behaviour! Just to 'make a better confession'!

Imagine it: 'Think I'll just make a quick confession while I sit on the bus on my way work. Now, what sin will I choose this time - gluttony?, adultery? Too heavy. I know, impure thoughts covers a multitude of things. That'll do this time.'

And you begin to wonder if the efficiency experts will now begin to argue that the efficiency gains from the app means not so many priests will be needed, or that they need to spend less time cramped into those little boxes waiting for the witless and gullible.

And how long before someone in the Church realises that the phones can provide vast amounts of information - not only GPS tracking but access to text message records.

'Your phone rings. "Hello, this is Martin." "Hello Martin, this is your virtual priest, Father Watcher. I see you have been making lewd suggestion by text to your girlfriend. I think it is time you made another confession, don't you? After this call, just turn on the 'Confession' app. It'll only take a moment you know, and you'll feel much better for it."