Tales from the Trunk # 2 In her 1987 book Women's Suffrage in New Zealand, Patricia Grimshaw says there was a "... common saying that in New Zealand there were only two causes of death-- drink, and drowning as a result of drunkenness." [p22]

Whether "drink" had anything to do with the deaths of the 2 male Brysons I don't know, but they did meet a watery end. And therefore the family name was extinguished.

In 1863 a family group disembarked from the ship Sir William Eyre. It consisted of Agnes (a single, middle-aged, mother), her (illegitmate) son Francis, his wife Agnes Merry (or Merrie), and their infant daughter Mary. There was another male, James, about whom I know nothing, but who may have been "Jimmy the Packer" of Waikaia.

Mary died on 9 December, 1863, at Bluff Road, Invercargill, and was buried on 10 December 1863, just a few short months after arriving in the new province of Southland. She was sixteen months old.

Francis Bryson was buried in Eastern Cemetery on 14 December, 1868 (Block 1, Plot IX) in an area of unmarked graves for those not able to afford to buy a plot. Family legend has it that he drowned in Invercargill's New River Estuary.

So this couple had four children: Mary, Agnes, Thomas and (a 'replacement') Mary.

The males who could carry on the family-name? Both Francis and his son Thomas drowned.

The last member of the family to carry on the family name was a grand-daughter of the child Agnes, my mother, Iris Bryson Murrell.

Posted by themulliganz at 4:58 PM No comments:

I have often waxed lyrical about our backyard and how much pleasure I get from sitting and observing the birds and refreshing myself in its peacefulness.

These last few days have seen several visits by some newcomers. Desiree thinks we may have seen them before, when the girls were young, but I can't remember ever having seen KINGFISHERS visiting our back yard before. They are lovely birds, more commonly associated with coastal locations, and with a very distinctive call.

On Friday evening I wasn't able to capture one sitting in our trees, although I did see a pair sitting on a neighbour's TV aerial. And then this morning I saw one near the riverbank.

But later this morning I heard one calling nearby, and then saw it sitting in our kowhai tree! Extraordinary! Posted by themulliganz at 9:06 PM No comments:

Tales from the Trunk #1

A diary & a feather pillow.

On 26 September, 1873, with a complement of 271 passengers and 37 crew, the Surat set sail from London. Amongst those 271 passengers were brother and sister James and Margaret Mulligan. 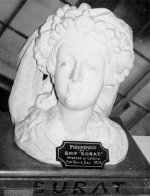 The 99-day voyage of the Surat to New Zealand was relatively uneventful. At least until they reached Stewart Island.

On 31 December, 1873, New Zealand's Stewart Island was first sighted. This was a significant moment: the eve of a new year, within sight of a new land, indicating the start of a new life. But at approximately 9.50 that evening, the Surat, ‘grated as if she were going over a gravel bank’. The Surat had hit land at Chaslands Mistake, on the Catlins coast of the South Island of New Zealand.

One moment some of the passengers were celebrating and dancing, the next they were being flung across the deck. Four times more the ship struck and they clutched at fittings to stop being tossed about.

After a period of confusion, she reached her final resting place. The time was 11.15 am. The remaining 170 passengers and crew were now able to take to the boats and land safely.

James and Margaret made it ashore. They were dressed. But apart from the clothes they were wearing, the only other belongings they had were a small pocket diary (in James' possession) and a feather pillow (carried by Margaret)!

See The voyage out.

Posted by themulliganz at 3:03 PM No comments: